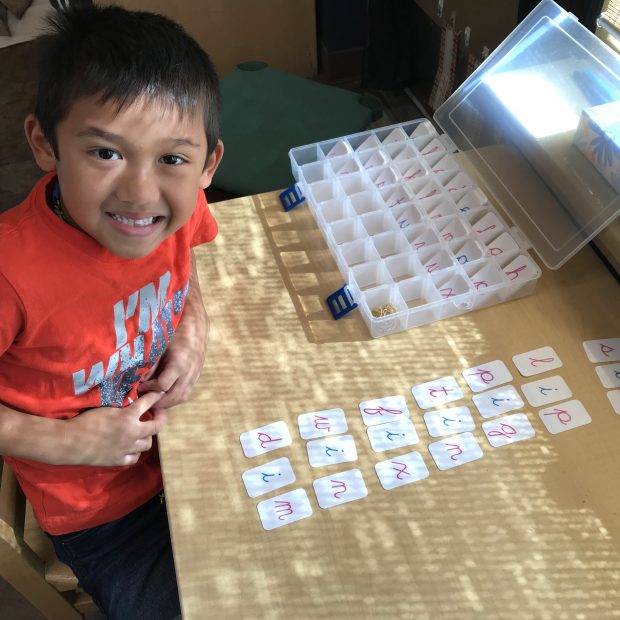 The Montessori Academy of Arlington |
September 25, 2019

Our Montessori classroom is rich with language, from the casual conversations children enjoy between friends and teachers to the formal lessons in decoding, reading, and writing.

Our language materials are quite simple; early materials introduce children to phonetic sounds while later materials build upon those sounds to put together simple words.

The Moveable Alphabet is an early example of word-building, supporting the child as he or she begins the arduous tasks of deconstructing ideas into the individual letters that comprise their names. Children begin with accessible, three-letter phonetic words, sounding out each comprising part, identifying the letter in the box of moveable letters, and placing it in its appropriate place on the mat or table.

By beginning with just three letter words, children are able to see patterns in their own world-building: consonants often precede vowels and vowels are usually followed by a second consonant. Building words with the moveable alphabet pieces allows children to focus on the word rather than the formation of the letter shape with a pencil, so a child’s understanding of word construction isn’t limited by his or her fine motor control. As throughout our materials, even these alphabets focus on only the skill the child is learning, isolating that concept so that it can be fully mastered.